Gabriele Kaiser holds a master’s degree as a teacher for mathematics and humanities for lower and upper secondary level. She completed her doctorate in mathematics education  in 1986 with a study on applications and modelling supervised by Werner Blum and Arnold Kirsch. Based on a grant for Postdoctoral Research by the German Research Society (DFG) she undertook her post-doctoral study in pedagogy on international comparative studies at the University of Kassel, which she completed in 1997. Since 1998, she is full professor for mathematics education at the Faculty of Education of the University of Hamburg. Her areas of research are empirical studies on teacher education and teachers’ professionalism, modelling and applications in school, international comparative studies, gender and cultural aspects in mathematics education.

From October 2010 until October 2016 she held the position as a Vice Dean of the Faculty of Education, being responsible for research, promotion of young researchers and international cooperation.

She is Convenor of the 13th International Congress on Mathematics Education (ICME-13), which took place in July 2016 at the University of Hamburg with 3,500 participants from all over the world.

In July 2019 she was elected as president of the ICMI affiliated study group ‘The International Community of Teachers of Mathematical Modelling and Applications’ (ICTMA).

Gabriele Kaiser holds a master’s degree as a teacher for mathematics and humanities and has taught in schools for a few years. She has completed her doctorate in mathematics education in 1986 and her post-doctoral study (so-called ‘Habilitation’) in pedagogy in 1997, both at the University of Kassel. Her post-doctoral study was supported by a grant of the German Research Society (DFG). From 1996 to1998 Gabriele Kaiser worked as a guest professor at the University of Potsdam. Since 1998, she is full professor for mathematics education at the Faculty of Education of the University of Hamburg.

Gabriele Kaiser conducted a research study on applications and modelling in mathematics education. In 1986, she graduated with research work on this theme, covering theoretical aspects such as an analysis of the historical and the recent discussion on applications and modelling as well as empirical aspects, namely the possibilities of this kind of examples in mathematics teaching. These research works were extended in new projects on modelling in mathematics teaching, which are in the last few years extended to the development of modelling courses for future teachers carried out together with colleagues from the Mathematical Department. In the last years she has received funding from the German Ministry of Education and Research (BMBF) for an empirical study of interventions within modelling activities.

International comparison in mathematics teaching is one of the main fields of research of Gabriele Kaiser and therefore became the subject of her post-doctoral study, which comprised a comparative study on mathematics teaching in England and Germany. In this study she pointed out that the structure and patterns of mathematics teaching are not culture-free, but depend strongly on the encompassing culture and are influenced by the underlying educational philosophies.

Since 2001, Gabriele Kaiser has undertaking research studies on mathematics learning under the condition of lingual and cultural plurality. Together with Ingrid Gogolin, partly within the framework of the graduate school of the Department of Education on learners’ developments funded by the German Research Society, she carried out projects on mathematics learning in the context of lingual and cultural diversity in elementary schools and  on students at lower secondary level.

Gabriele Kaiser’s most recent projects deal with teacher education, partly under an international perspective. Together with Sigrid Blömeke and Rainer Lehman (both Humboldt-University Berlin) she has carried out from 2006 - 2010 the IEA Teacher Education Study in Mathematics (TEDS-M), which compares the efficiency of teacher education in various countries at primary and secondary level. This project was supported by the German Research Society (DFG). She was already participating from 2004-2008 in the Pilot Study for the TEDS-Study, which was developing first instruments for this ambitious international study, the so-called Mathematics in the 21st Century study (MT21). Following these studies Gabriele Kaiser has carried out together with Sigrid Blömeke, Johannes König and Martina Döhrmann a Follow-up Study of TEDS-FU, funded by the German Research Society, in which the cohort of future teachers tested in TEDS-M was followed into their practical work in school. Furthermore, Gabriele  Kaiser participated in enrichment studies together with Sigrid Blömeke and others, in which the framework of TEDS-M was extended to future teachers of mathematics, German and English is examined (TEDS-LT), measuring the professional knowledge of future teachers in the transition from Bachelor to Master studies (funded by the German Ministry for Education and Research, BMBF). A study funded by the German Telekom Foundation examined the development of the professional knowledge of future mathematics teachers at the beginning of their study in the frame of innovative teacher education projects.

Currently  Gabriele Kaiser, Johannes König (University of Cologne) and Sigrid Blömeke (now director of CEMO, University of Oslo) are conducting the studies TEDS-Instruct and TEDS-Validate, the latter being financed by the German Federal Ministry of Education and Research as a continuation of the TEDS Follow-Up study. In both studies relations between teachers’ professional competences and students’ learning gains are examined with instructional quality as mediator variable.

Together with Eva Arnold Gabriele Kaiser is directing the project „Professionelles Lehrerhandeln zur Förderung fachlichen Lernens unter sich verändernden gesellschaftlichen Bedingungen (ProfaLe)“ – „Professional Teachers‘ Acting for Promoting Subject-based Learning under Changing Societal Conditions“ within the framework of the „Quality Campaign for Teacher Education“ („Qualitäts­offen­sive Lehrerbildung“),  financed by the German Federal Ministry of Education and Research (BMBF). She is focusing the integration of subject teaching and teaching of mathematics education within teacher education and lingual aspects within mathematics teaching.

Since 2005 she serves as Editor-in-Chief of the journal Zentralblatt fuer Didaktik der Mathematik’, one of the oldest international journals in mathematics education, which is published since 2007 by Springer under the name “ZDM Mathematics Education (formerly Zentralblatt für Didaktik der Mathematik)”. This journal has become in the last years one of the major international journals in mathematics education and publishes seven issues per year.

At present she is in addition Editor of two monograph series published by Springer. One series “Advances in Mathematics Education” is edited jointly with Bharath Sriraman, another one on “International Perspectives on Teaching and Learning of Mathematical Modelling” is edited by her with Gloria Stillman. Furthermore, she is editing two monograph series in German published by Springer on “Perspectives of Mathematics Education” and on “Teaching and Learning of Mathematical Modelling”, the latter jointly with Werner Blum, Rita Borromeo Ferri, Gilbert Greefrath and Katja Maaß.

From July 2007 until July 2011 she served as president of the International Study Group for Mathematical Modelling and Applications (ICTMA), an ICMI affiliated Study Group.

From October 2010 until October 2016 she was Vice Dean of the Faculty of Education, being responsible for research and international cooperation.

Gabriele Kaiser is Convenor of the 13th International Congress on Mathematical Education, which took place at the University of Hamburg, 24-31 July 2016 in Hamburg (Germany) with more than 3.500 participants from all over the world, and 250 German teachers attending the “Teachers’ Day” as part of the conference. She is editing the series ICME-13 Topical Surveys and ICME-13 Monographs, published by Springer, editing more than 40 books in this series.

Since 2017 she holds a professorial fellowship at the Institute for Learning Sciences and Teacher Education of the Australian Catholic University.

In July 2019 she was elected as president of the ICMI affiliated study group ‘The International Community of Teachers of Mathematical Modelling and Applications’ (ICTMA). 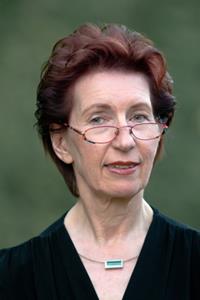